Canine Brain Tumors: What You Should Know 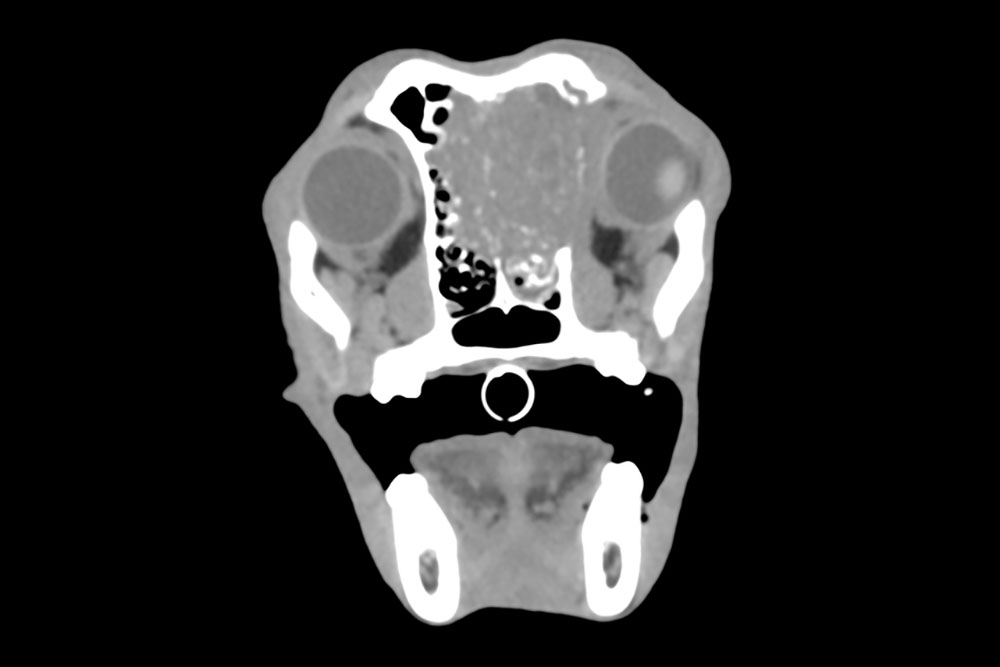 Brain tumors in canines are usually classified as primary or secondary. Primary tumors originate from the brain tissues or membranes that cover the brain. Also referred to as metastases, secondary tumors usually spread to the brain from an existing tumor in another area of the body. These tumors can sometimes occur from structures nearby like the cranial nerves. A CT scan or MRI are the most common ways for brain tumors to be diagnosed.

Are There Certain Breeds or Genetic Predispositions Linked to Canine Brain Tumors?

There are certain dog breeds that may be more likely to develop tumors in the brain than other breeds. Some of the breeds that appear to be more predisposed to developing these tumors include Doberman Pinschers, Boxers, Golden Retrievers, Old English Sheepdogs, and Scottish Terriers.

Collies, along with other breeds with long, narrow noses and heads, have a higher risk of developing specific kinds of brain tumors referred to as meningioma. These types of tumors are benign and come from the membranes that cover the brain. Pugs, along with other breeds with short noses, have a higher risk of developing tumors in the pituitary gland and glial cell, which tend to originate from the nervous system’s structural cells. Although tumors within the brain can occur in canines of any age, they do not usually occur in dogs until they are at least five years of age.

What Are the Common Signs of a Brain Tumor in a Dog?

One of the most common signs of canine brain tumors is seizures. When a dog who is at least five years old develops a new onset of seizures, it is important for a tumor in the brain to be considered. Some other common signs of a brain tumor in a dog include the following:

What Is the Cause of Canine Brain Tumors?

There is no definitive cause of brain tumors in dogs. However, there are some factors that are believed to play a role in the development of these brain tumors, such as dietary, genetic, environmental, viral, chemical, immune system, and traumatic factors.

What Are Potential Treatments for Brain Tumors in Dogs?

The course of treatment will depend specifically on the tumor that is diagnosed. Ultimately, though, there are three primary ways of treating canine brain tumors, which are as follows:

Steroids are often used to help slow the growth of the tumor and reduce the amount of built up fluid around the tumor. Some dogs will notice a significant improvement in their clinical symptoms for weeks and sometimes months with steroid treatment. In some cases, medications to help control the dog’s seizures are prescribed.

What Kind of Follow-Up Examinations Are Recommended?

As a general rule, a follow-up will consist of periodic examinations, some of which may include imaging. In the event that your dog has problems swallowing as a result of increased pressure in the brain from the tumor, there is an increased risk of inhaling water or food accidentally and developing what is known as aspiration pneumonia.

Unfortunately, the overall prognosis for dogs with tumors in the brain is poor. Numerous studies suggest that the prognosis can be improved considerably by having the tumor surgically removed, undergoing radiation therapy, and/or undergoing chemotherapy.

If you have any questions or concerns, please reach out to use at Huntsville Veterinary Specialists and Emergency.