Canine Bowel Obstruction: What It Is, How to Treat It, and How to Prevent It 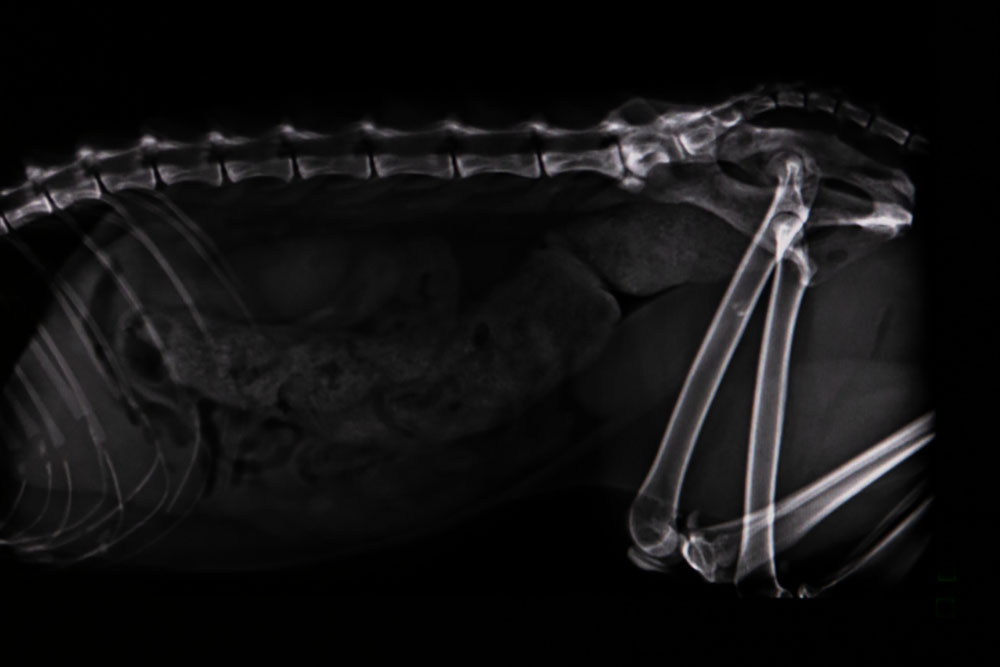 A bowel obstruction, or a blockage in the intestines, is common in canines. Dogs are one of the most naturally curious animals on this planet, and they enjoy chewing on and eating anything that is in their sights. If you are a dog owner, then you are probably well aware of this.

All canines are at risk of a bowel instruction, but younger dogs are most at risk. Puppies tend to be more curious and eager to put anything in their mouths. This is often due to the fact that they are teething and want something to chew on—like babies!

In the event that a bowel obstruction does indeed occur, prompt care and medical attention are important to ensure the consequences are minimized. Keep reading to learn more.

What Is a Canine Bowel Obstruction?

A bowel obstruction is a partial or complete blockage in the intestines or stomach that keeps liquids or solids from passing through the dog’s gastrointestinal tract. This type of blockage may restrict blood flow and result in the deteriorate of parts of the bowels, in addition to toxic contents being absorbed. Linear foreign objects like carpet fibers, rope, and string may cause the intestines to bunch up into one another similar to a telescope. Blockages like these may be due either secondary to ingesting foreign materials or objects. However, in some instances, particularly with older dogs, it could be a mass or tumor.

What Are the Signs of a Bowl Obstruction?

Most often, canine bowel obstructions occur when a dog ingests a foreign material or object like a bone, rock, toy, string, etc. Objects like these cannot pass through the intestines. In some cases, they may result in the perforation of the intestines and stomach.

Seldom, there are medical conditions that may cause the bowel obstruction, such as tumors or masses, twisting of the intestines, narrowing of the passage from the dog’s stomach to the small intestine, intestinal parasites, and hernias.

How Is It Diagnosed and Treated?

If you believe that your dog has a blockage from ingesting something, it is important that medical attention be sought after immediately from a veterinarian. If it is left untreated, your dog will experience extreme discomfort. In addition, your canine may lose a lot of fluid, experience a ruptured intestine, or even die. Until you can get your dog to the vet, do not allow him to eat anything else.

Your veterinarian will likely conduct a physical exam and an ultrasound or radiography to attempt to confirm the presence of a foreign matter or mass. In some cases, if the object is still in the stomach or is the appropriate size, the vet may perform an endoscopy. An endoscopy will consist of the insertion of a thin tube with a camera attached to a tiny clasping mechanism down the throat in an attempt to retrieve the object.

A veterinarian is likely to provide fluids to your dog to reverse dehydration and to administer medications to minimize nausea, vomiting, and pain. If the foreign object doesn’t pass through the stool or if your vet believes that the object has been in there for too long, surgery may be necessary. This will allow the vet to open up the intestine or stomach to remove the object that is causing the blockage.

Keep in mind that you, as the dog owner, should never attempt to pull out a foreign object if you are able to see it protruding from the canine’s rectum, as this could cause some very serious damage.

Following medical treatment, make sure to follow instructions that are provided to you from the veterinarian and monitor your dog closely for any recurring symptoms. Activity levels should remain low, which mean no long walks or running for several days. A bland diet should be given, and treats will need to be given up for a little while, as you slowly begin to re-introduce your dog’s regular diet. In addition, make sure that your dog has plenty of fresh water available to prevent dehydration from occurring.

How Can You Prevent Canine Bowel Obstruction?

Ultimately, the most effective way to prevent bowel obstructions in dogs is to discourage your dog from eating certain kinds of rocks, sticks, bones, and other similar objects that you know he should not be trying to consume. Keep toxic foods and other temptations away from your dog. You should also teach your dog the “Leave It: command, as this may keep him from exploring harmful items. Your dog should only be given treats and toys that appropriate and safe to chew. If you ever suspect something unusual, contact your veterinarian immediately.

If you have any questions, contact us at HVSE.